Are Tanzania and Zanzibar safe for tourists? 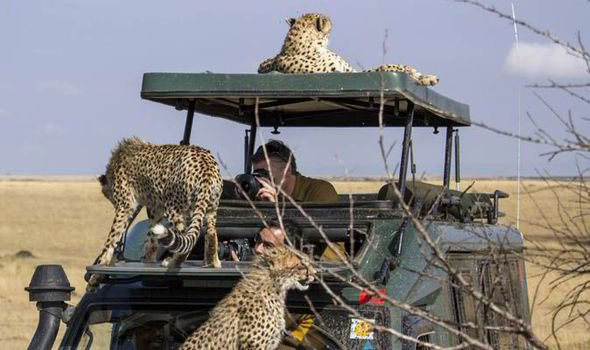 Tanzaniasafaritips is supported by its audience. When you purchase through links on our site, we may earn an affiliate commission - AT NO EXTRA COST TO YOU!

Are Tanzania and Zanzibar safe for tourists?

Is a question which is often asked by people who wish to visit either Tanzania or Zanzibar more specifically cities such as Dar es Salaam,Arusha or Moshi.

In this article, I will try to answer the question to the best of my knowledge.

Every country in the world has its safety issues, and Tanzania is no exception. It is a large, developing country where most visitors are far wealthier than the local population. As a result, tourists should be careful, especially in the large cities of Dar Es Salaam, Moshi, and Arusha.

That is not, however, to say that you should be paranoid: the vast majority of people in Tanzania, like anywhere, are wonderful people excited to hear about your culture and share theirs.

Don’t walk around after dark

Generally speaking, visitors should not walk around after dark in any Tanzanian location.This also applies to Zanzibar island.Most visitors are noticeable in either appearance or language, and this is a clear indication that you may be carrying cash or wearing expensive possessions.

This applies to both men and women, and especially in beach locations where so-called ‘beach boys’ have been known to rob people.

Stay away from unpopulated areas

Also, it is still better to be careful and stay away from unpopulated areas on either the beach or in areas such as Stone Town. This is especially so if you are a female solo traveller, although generally speaking, Tanzania is an enjoyable place to visit as an independent lady!

Use a passport/cash wallet (either under your shirt, or around your thigh or waist)

While walking around during the day, common sense is vital. Even “budget” wrist watches may appear valuable to potential thieves. In addition, it is advisable to use a passport/cash wallet (either under your shirt, or around your thigh or waist). This way you can carry some cash, without keeping it in a pocket or other accessible location.

Book transport from your hotel or hostel

It is also advisable to book transport, including taxis, from your hotel or hostel. “Taxi scams” are not unusual in Tanzania, and at best they are rip-offs, at worst they can be dangerous.

There was an incident which happened whereby an unfortunate couple was forced at knifepoint to get money from various ATMs after accepting an offer for transport from a ‘taxi driver’ that they met at a local bar.

Keep your money in separate accounts

Due to experiences where tourists have been forced to withdraw money from ATMs, it is advisable to keep your money in separate accounts and only transfer certain amounts as you need it. It is also preferable to have more than one card, in case one is stolen or skimmed.

When paying via credit card or withdrawing from an ATM, it is best to use a credit card (check the fees first, of course!). This is because your credit card company will absorb any fraudulent payments on you card, providing your ATM PIN wasn’t too easy to guess!

Although you can usually get your savings back as well, it can take many weeks or even months to process.

Keep a close eye on your possessions

Another common safety issue in Tanzania is luggage theft. At all times, remember that even the contents of your luggage are probably very valuable to many people in Tanzania.

Therefore, you should always keep a close eye on your possessions, including at places such as airports, bus stops and hotels. Although this sounds simple, it is easy to get distracted, especially if someone approaches you. Therefore, make sure to keep your possesions close and pay attention to them at all times.

Never leave any valuables in easy view of people, including in locked vehicles. Ensure that everything is hidden, and that the most valuable of your possessions (e.g. passport, credit cards, cash) are locked in a safe.

Use luggage wrap or locks on your bag

This has also been reported as a problem in airports, where some travellers have checked their bags only to discover that valuable items have been taken, presumably by baggage handlers.

One way to combat this risk is to use luggage wrap or locks on your bag, which will discourage any potential theft. Although it is legal for the locks to be removed by airline staff, it will certainly make your bag a lot less attractive to a thief.

keep your most valuable possessions in your hand luggage

In addition, it is best to keep your most valuable possessions in your hand luggage, under your watchful eye. Items such as DSLR cameras and laptops do not travel well in checked baggage anyway, and you will likely need items such as your purse/wallet and passport. Therefore, it is better to keep these close to you,

The same applies to bags and cameras in Tanzania, including when in Arusha, Dar es Salaam or Moshi. Always keep the camera strap around you as ‘snatch and grab’ crimes are quite common but luckily, easily avoided by simple measures.

Aside from the risk of theft, some travellers (especially solo females) may experience some harassment in Tanzania. Often, people who approach you just want to have a chat (especially staff in shops, etc, who are also trying their best to make a sale!), however on occasion, the conversation may become a bit uncomfortable.

Remember you are absolutely entitled to walk away at any time!

One way to minimize the risk of having negative interactions is to play close attention to the expectations and standards of certain places. Tanzania is generally quite conservative, however, Zanzibar is especially so as it is a predominantly Muslim population.

Both men and women should ensure to dress conservatively, with their shoulders and knees covered at least. You can be a little more relaxed on the private beaches and inside resorts.

Safety from animals at camps

A more humorous, but vitally important, tip is to make sure that you keep yourself safe from Tanzania’s animal population, especially in safari camps!

Although the idea of a wandering elephant trunk might sound funny, they can do a lot of damage and potentially even injure you. So, it is very important to follow a few tips for staying safe around Tanzania’s wildlife.

First and most importantly, there should not be any food left in your tent/accommodation, vehicle or campsite. This is the fastest way to attract animals ranging from elephants to hyenas or even lions to your camp.

It is often the smell that attracts them, so this applies even if the accommodation or vehicle is closed.

Second, avoid leaving any belongings at all unattended, especially overnight. Curious little monkeys are likely to try the “snatch and grab” approach, grabbing anything that looks enticing and then bounding off with it.

Some items we lost to monkeys on our tour included cameras, insect repellant and several bags of crisps. Other animals may also be attracted by non-food items, such as the hyena that stole one girls’ leather sandal that had been left outside the tent!

You should also stay in populated areas during the night, to avoid any frightening run ins with animals in the wild!

Most of the tips for looking after yourself in Tanzania are simply common sense. It is easy to get caught up in your relaxing, enjoyable trip to Tanzania and forget the basics. However, if you keep your wits about you, you are bound to have a wonderful time without any unfortunate inconveniences!

Best Time to Go to Tanzania

How difficult is it to climb Mt Kilimanjaro?

How Much Money to Bring to Tanzania?